Elderslie Golf Club was the setting for the playing of the Renfrewshire Golf Union Boys and Youths Stroke Play Championship for 2018.
Unusually for RGU Competitions the sun shone all day. The course as always was a test for those taking part, and allowing for the recent poor wet weather the course was playing well but with little run available, however the greens were in superb condition. This was reflected in the majority of the scoring on the day.
This event is now played over 18 holes unlike the previous 36 hole competition due to various issues, but nonetheless produced worthy winners in both events.
In the Boys Caven Trophy Euan McNeill of Lochwinnoch Golf Club was the winner of the Renfrewshire Golf Union Boys Stroke Play Championship retaining the title he won last year, with a Gross score of 71 having played steadily throughout his round. Euan is currently furthering his golf career at the University of the Highlands and Islands based in Dornoch.
Runner up was Aaron McCue – Greenock Whinhill Golf Club on 73 with Roddy McCauley – Fereneze the newly crowned Boys Champion of Champions third on 74.
In the competition in the Youth Category for the Menzies Trophy the winner was Stewart Watt – The Old Course Ranfurly with a Gross score of 70. Stewart was in the first group out and his score was never bettered despite the quality of the other players in the field. Runner up was local Club Champion Colin Edgar – Elderslie Golf Club on 72 and third with the better inward half beating his club mate Stuart Thomas on 73 was Calum McAlpine – Erskine Golf Club.
The 8 qualifiers in both events go forward to the RGU Match Play Championships with the Boys event for the Freedman Trophy being played over Kilmacolm Golf Club and the Youths for the Duncan Trophy over Renfrew Golf Club.
Full results of both Competitions can be found on Howdidido at Renfrewshire Golf Union, with the Draws for the Match Play on the RGU web site.
The Caven Trophy was sponsored once again by Paisley based family run company STRATHAND FIRE AND SECURITY www.strathand.com and we thank them for their continued support of the event.
The courtesy of Elderslie Golf Club and they hospitality that they provided was much appreciated. 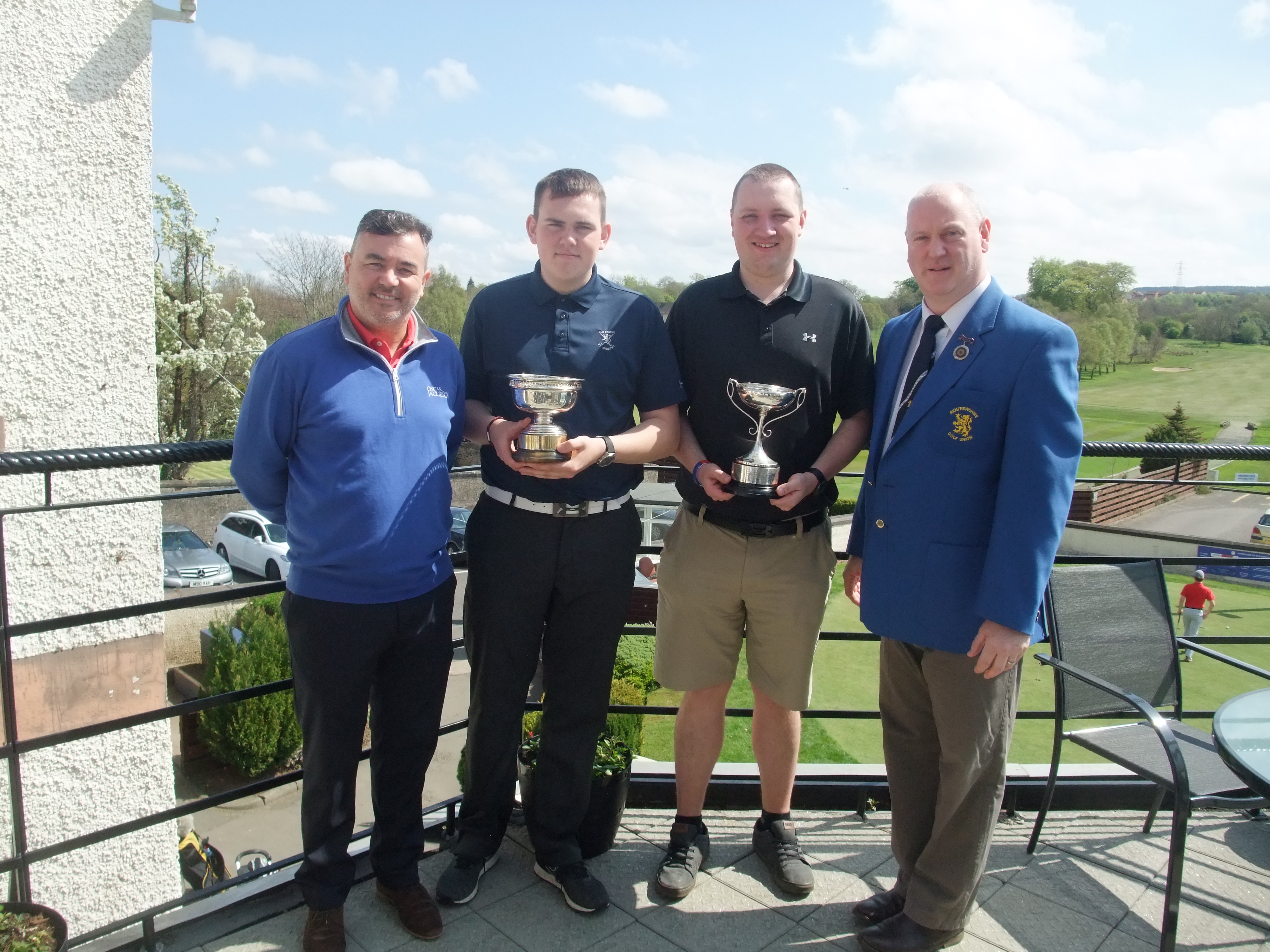