In a very tight match played in great spirit, there was never more than one hole between the players. After some early exchanges, David squared the game with a birdie 4 at the long 16th. Bryan then secured a good par at the short 17th with a save from the greenside bunker to regain the advantage as David’s par attempt lipped-out. David’s birdie attempt at 18 came up agonisingly short, and Bryan rolled his putt up close enough for the concession, and the victory.

Thanks to Cochrane Castle GC for granting use of the course.

Pictured below (L to R) are David, RGU President Derek McGlynn and Bryan. 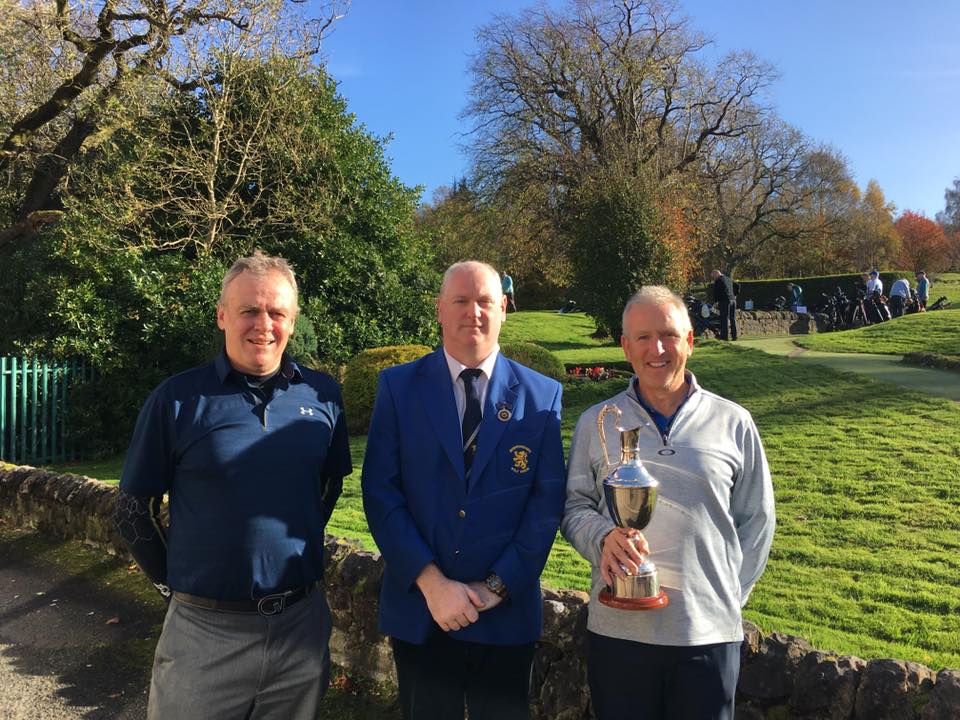